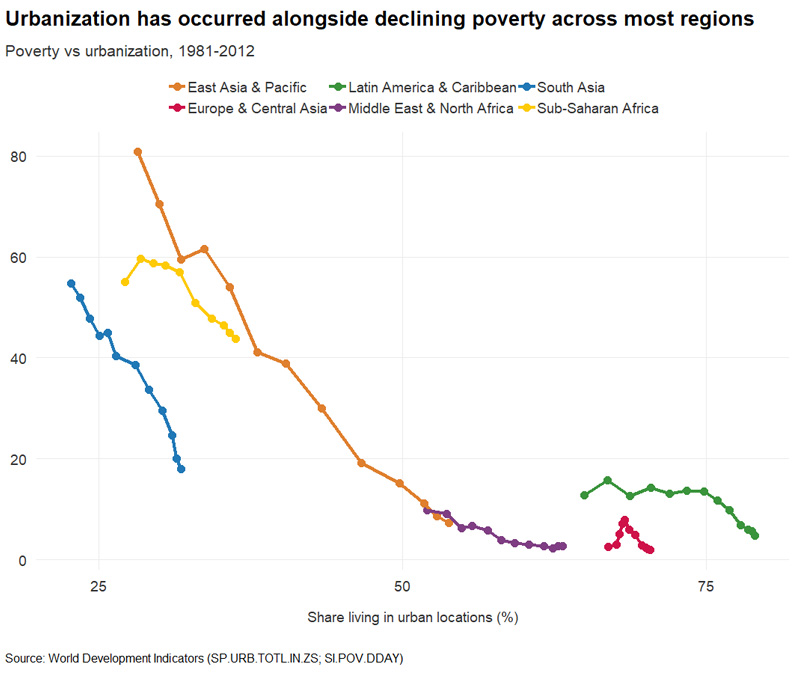 The fall in poverty rates across all regions since the the 1980s is strongly correlated with increased urbanization. Poverty is typically higher in rural areas than in urban areas, and as countries develop and people move out of rural to urban areas and to more productive jobs, poverty also declines.